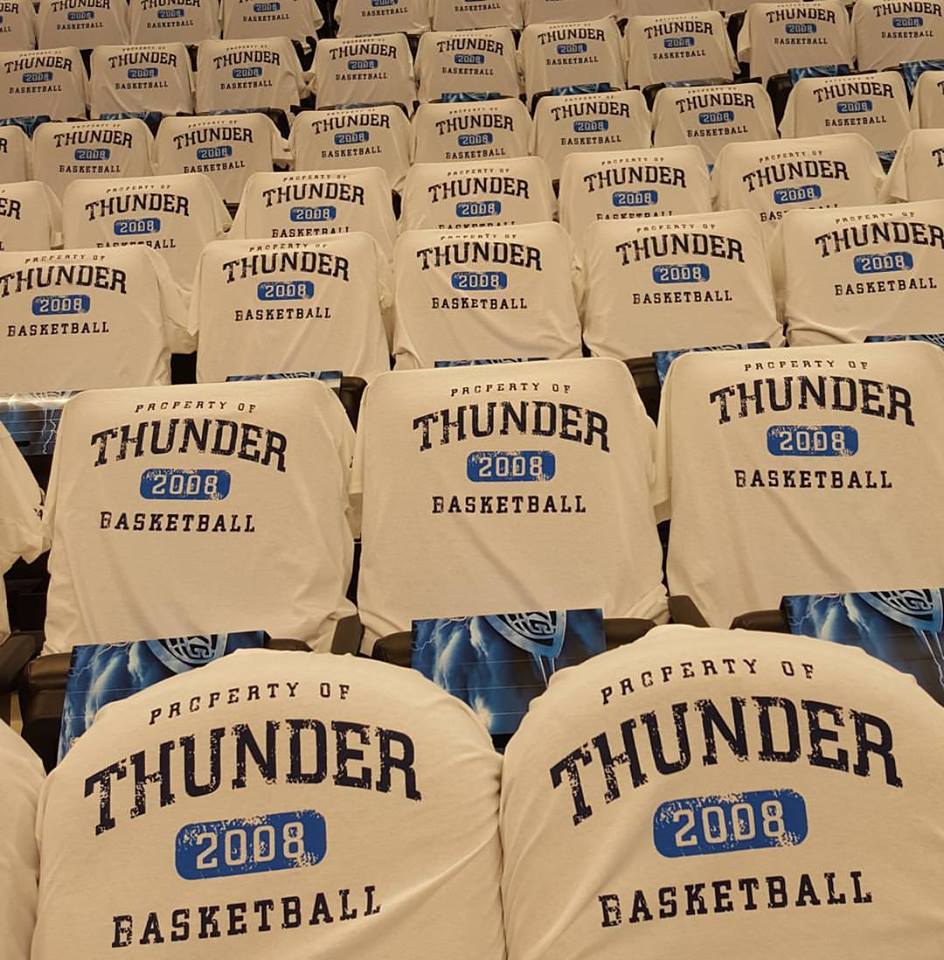 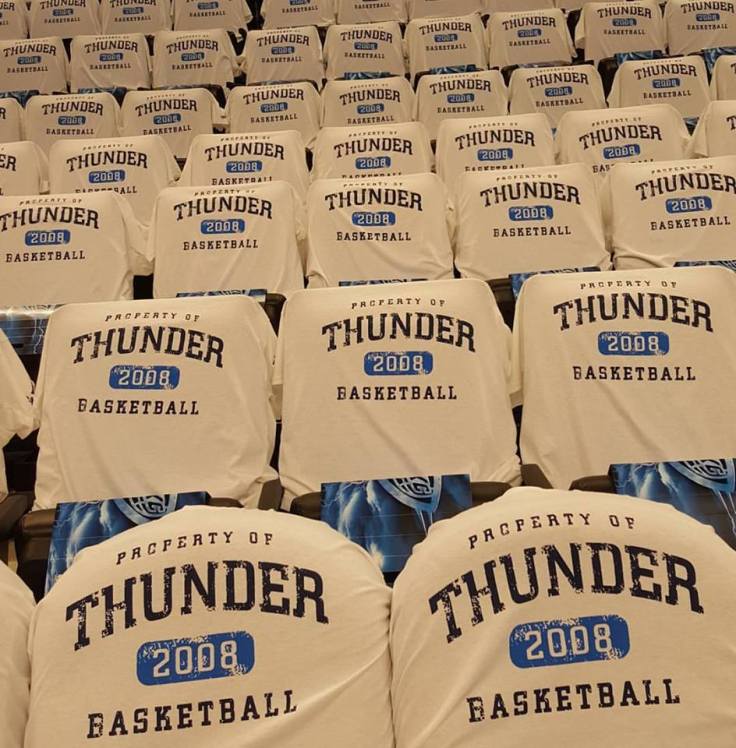 OKLAHOMA CITY — Kevin Durant’s mother hasn’t been courtside for a lot of games in Oklahoma City this season. With Wanda Durant’s busy schedule, she’s had to miss watching her son play.

However, Ms. Durant showed up on Mother’s Day to watch her her son in a crucial playoff game against the San Antonio Spurs and the former MVP put on a show for her.

Kevin Durant tied a playoff career high with 41 points, leading the Thunder to a 111-97 victory over the Spurs on Sunday at the Chesapeake Energy Arena that tied the Western Conference semifinal series at two games apiece.

Down by four points after three quarters, Durant and the Thunder outscored the Spurs 34-16 in the fourth to pull away

“Finally she got to come out to a playoff game this postseason,” Durant said. “I’m going to make her come to the rest of them. We are looking forward to the next game. Glad my mom was able to watch me and watch us get a W.”

“When you have a deep team, those 40 point nights, they don’t come a lot,” Durant said. “I just try to be consistent in what I do. I know that at any given moment, I can go off and hit a few shots. I just try and stay with it and play as hard as I can on both ends of the floor and leave it all out there and live with the results.”

Russell Westbrook added 14 points, 15 assists and seven rebounds for the Thunder Steven Adams racked up 16 points and 11 rebounds, and Dion Waiters came off the bench to score 17 points.

Game 5 is Tuesday in San Antonio.

“You have to give him credit, he was great,” Spurs coach Gregg Popovich said of Durant. “I don’t know what else to day. He was fantastic.”

Waiters buried a 3-pointer to put the Thunder up 98-91 with 5:36 left, but Parker answered with a layup in traffic.

An Enes Kanter fastbreak dunk put Oklahoma City up by seven. With 3:14 left, Parker completed a three-point play to close gap to 100-96.

Durant was fouled and hit one of two from the line. Aldridge did the same when he went to the free-throw line.

Oklahoma City led by four before Durant scored four consecutive points to put the Thunder up 105-97 with 2:04 left.

“I just tried to stay in the moment,” Durant said. “We still had a couple of minutes left in the game, our crowd was phenomenal tonight. Probably the loudest I’ve ever heard them.”

Leonard tried to answer, but he missed back to back 3-pointers. Durant made the Spurs pay with a corner 3-pointer. Westbrook and Durant then put the game away with consecutive scoring trips.

“I think down the stretch in the fourth quarter, we made too many mistakes,” Popovich said. “Just not remember who we were guarding and how we wanted to play. But having said that, they out-toughed us. They battered us on the boards. At the same time they had some other players that joined in and made shots.”

The Thunder won the rebound battle 40-34. Each team turned the ball over 14 times.

Westbrook started Game 4 with an agenda to be even more aggressive and intense. That led to him taking some questionable shots in the first quarter and getting into a verbal confrontation with referee Danny Crawford in which he had to be pulled away by assistant coach Mo Cheeks.

More than anything else, it was the Spurs’ defense that controlled the contest in the early stages. San Antonio didn’t allow the Thunder any easy or open shots in the half-court and forced five turnovers as it took a 27-17 lead through one period.

It was a completely different story in the second quarter. The Thunder defense locked down San Antonio. Oklahoma City went on a 28-17 run to take a one-point lead, but the veteran-laden Spurs answered with a 9-0 run to close out the half with a 53-45 advantage.

“Our defense wasn’t as good as it was in past games,” San Antonio’s Boris Diaw said. “We’ve been relying on our defense all regular season so it should be the same in the playoffs.”

After a slow first half, Durant picked it up in the third quarter. He scored 12 points in the period and attacked the Spurs’ defense with his jump shot and drives to the basket. Whether it was Danny Green or Leonard guarding him, Durant had his way in the second half.

“My teammates set great screens for me,” Durant said. “Just moving around. If I stay stationary, I’m easy to guard. They are going to send two or three people at me, I have to be strong the next game. Shots were going in. I just have to stick to my routine and next game, hopefully it’s better.”