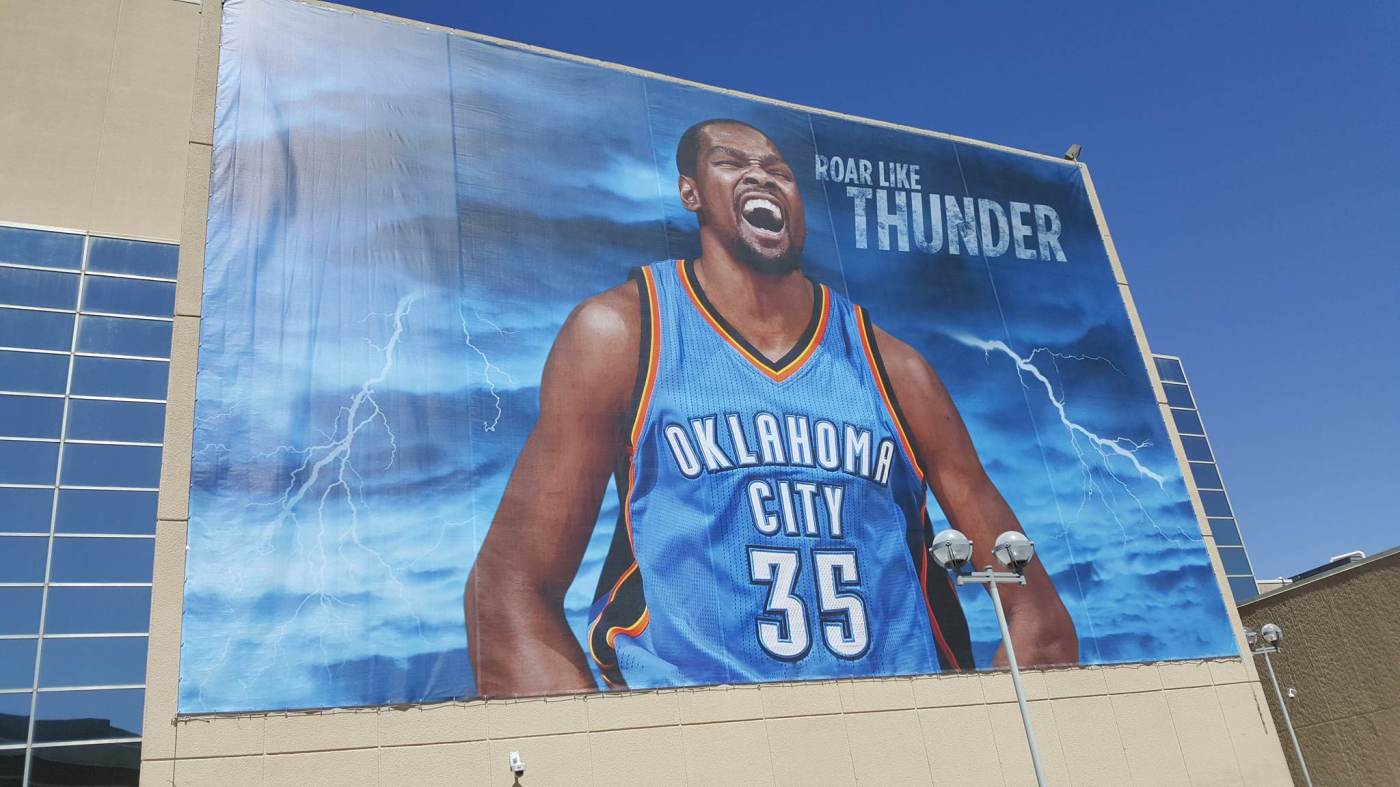 Kevin Durant waited until the 4th of July to announce his decision on where he would be playing basketball in the future. The free agent forward certainly chose the appropriate holiday to lite up the Oklahoma City Thunder franchise and fan base.

Via The Players Tribune, Durant made it known he would be taking his talents to the Golden State Warriors. He is set to sign a 2-year $54 million deal to play for the team that won an NBA record 73 regular season games.

In his post on the Players Tribune, Durant explained his decision, somewhat.

“The primary mandate I had for myself in making this decision was to have it based on the potential for my growth as a player — as that has always steered me in the right direction,” Durant wrote. “But I am also at a point in my life where it is of equal importance to find an opportunity that encourages my evolution as a man: moving out of my comfort zone to a new city and community which offers the greatest potential for my contribution and personal growth. With this in mind, I have decided that I am going to join the Golden State Warriors.”

The announcement came after four days of seven meetings meetings with six different teams that took place in Oklahoma City and The Hamptons, New York. The first two teams he met with were the Thunder and Warriors and they seem to be who his decision came down between.

Oklahoma City had two different pitch meetings with Durant, but obviously they were unable to convince him to stay put and lead the franchise he had been with for nine years.

“Kevin made an indelible mark on the Thunder organization and the state of Oklahoma as a founding father of this franchise,” General Manager Sam Presti aid. “We can’t adequately articulate what he meant to the foundation of this franchise and our success. While clearly disappointing that he has chosen to move on, the core values that he helped establish only lead to us thanking him for the many tangible and intangible ways that he helped our program.”

Durant’s announcement came as a surprise to most Thunder fans, who took to social media to voice their displeasure. That included reviving a 2010 twitter post from Durant in which he said “Now everybody wanna play for the heat and Lakers? Let’s go back to being competitive and going at these people!”

All along, Durant maintained that his decision would be all about basketball and being comfortable with those around him. It’s hard to make an argument that his choice had anything to do with basketball when he joins the team he and the Thunder led 3-1 in the Western Conference Finals before losing three straight games.

That has led some to believe Durant was no longer comfortable playing with Russell Westbrook, even though the two stars had maintained they were tight friends.

With Westbrook being a free agent after next season, he may have told Durant he isn’t planning on being around when his contract is up.

No one knows for sure if the burden of shouldering the franchises hopes had just became to much for him.

Durant will now team with Steph Curry, Klay Thompson, Draymond Green and coach Steve Kerr to possibly form one of the greatest offensive machines in NBA history. Some have all but guaranteed Golden State will win the NBA title in 2017.

While Durant may finally get the NBA title ring he has thirsted after for so long, it will come with a price. Instead of being the player who leads a franchise to a championship, he will be seen as joining a team who had a chance of winning it without him. That not only does nothing to help his legacy as being one of the all time greats, but it hurts it in many fans eyes.

What Thunder fans do know is that after eight years of investing in Durant and calling him one of their own, he left them at the alter wondering what went wrong.

“I’m from Washington, D.C. originally, but Oklahoma City truly raised me,” Durant said in the Players Tribune. “It taught me so much about family as well as what it means to be a man. There are no words to express what the organization and the community mean to me, and what they will represent in my life and in my heart forever. The memories and friendships are something that go far beyond the game. Those invaluable relationships are what made this deliberation so challenging.

“It really pains me to know that I will disappoint so many people with this choice, but I believe I am doing what I feel is the right thing at this point in my life and my playing career.”