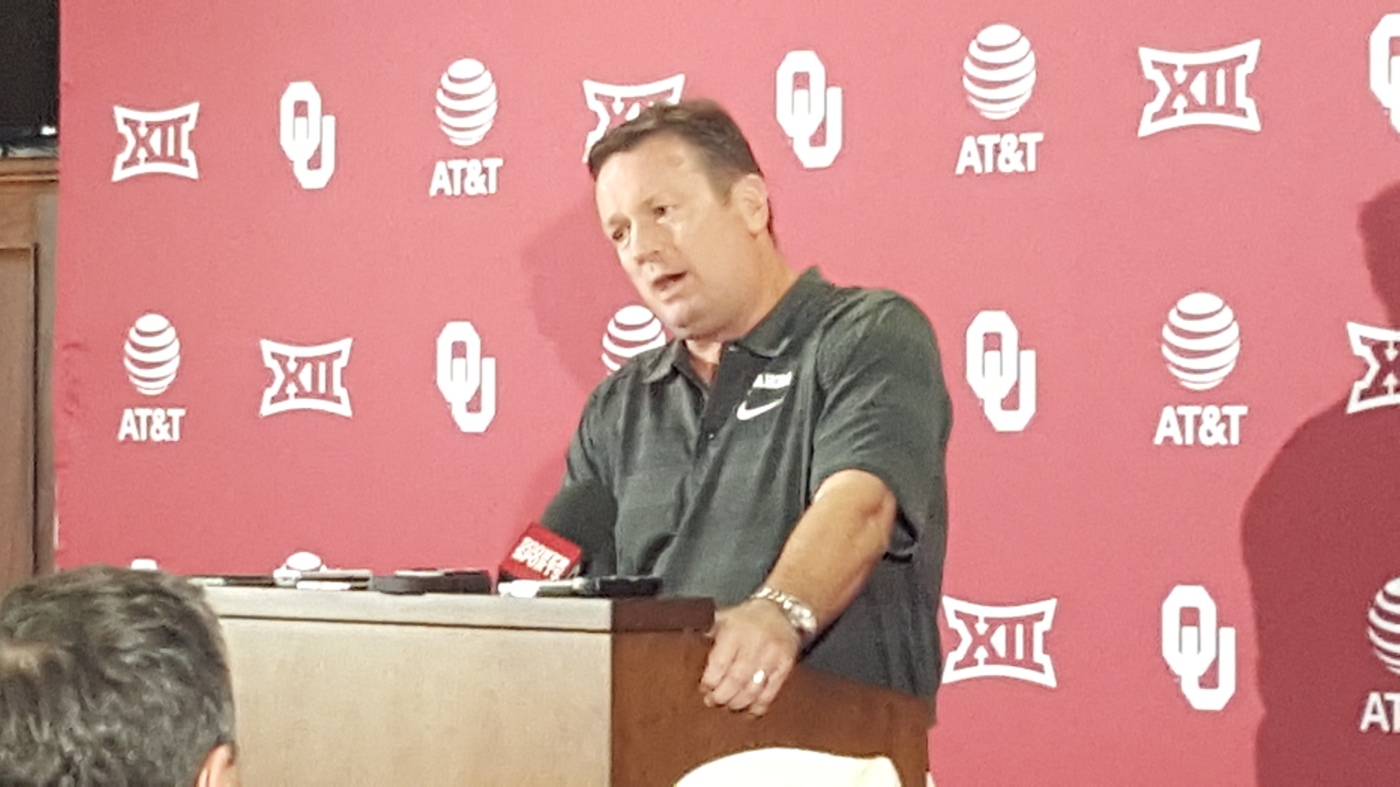 The Red River Rivalry has always been a major showdown. No matter the rankings, whenever Texas and Oklahoma enter the Cotton Bowl in Dallas, the game takes on epic proportions.

However, the last couple of years, the annual contest has taken on the burden of job security for the head coaches involved. Last year’s win by the Longhorns is believed to have saved the job of UT head coach Charlie Strong.

As both the No. 20 Sooners (2-2) and the Longhorns (2-2) enter Saturday’s contest, Strong is once again fighting to keep his job. After deflating losses to California and Oklahoma State in which his defense allowed a combined 99 points, many believe this will be his last Red River Rivalry.

However, Strong is not the only one hearing the call to be replaced. Despite leading OU to the Final Four last season, Bob Stoops, for the first time, is seriously hearing calls for his job.

Appearing on FS1’s ‘Speak For Yourself’, Sooner legend Brian Bosworth put a face to the behind the scene whispers Thursday when he said it may be time for OU to move on from the Stoops era.

“That’s kind of a conversation that’s quietly been had over the last five, seven years,” Stoops said. “I’ve heard that from a lot of the alumni. You look at the great traditional programs; the tenure of a coach that has had the great success that Bob has had has been remarkable. Especially as long as he’s been there.But it’s not only what you do during the season that matters. It’s how you finish the season in bowl games. And what we’re doing over the course of these seven to eight years is we’re getting embarrassed in the bowl games.

While Bosworth can easily be dismissed as a disgruntled alumni, the fear that the game is passing by Stoops is the focus of talk radio, local TV and recruiting websites everyday.

That is what makes this year’s Red River Rivalry so important. The state of Texas is still fertile recruiting ground for the Sooners. It’s 2017 class already contains several commits.

With Oklahoma reaching out to states around the nation, they can’t be seen as falling behind the likes of Alabama, Ohio State, Michigan and Clemson. But if they fall behind rival Texas, that disrupts the foundation of their recruiting, which is every team’s lifeblood.

A win over Texas doesn’t guarantee anything. But it does settle down the outside noise and keep the Sooners on path to win another Big 12 Conference title.

A loss only intensifies the heat surrounding the team and keeps the questions coming about the program coming.

“I appreciate everything that Bob’s done, he’s had a great run,” Bosworth said. “He’s put up more wins than any other coach there. But the game passes much faster sometimes than the coach that’s currently coaching can keep up with, if he’s not making the strategic changes on his staff to bring in the types of players that are going to keep him at that top level of winning the conference championship. But more importantly how are you going to compete once you get into the bowl games and you’re playing the teams that are competing consistently for the national championships? The Alabama’s, the Ohio State’s. Those guys are doing something each and every year to rebuild the programs. They’re losing great players and yet they’re still coming out the following year to build the momentum throughout the season.”