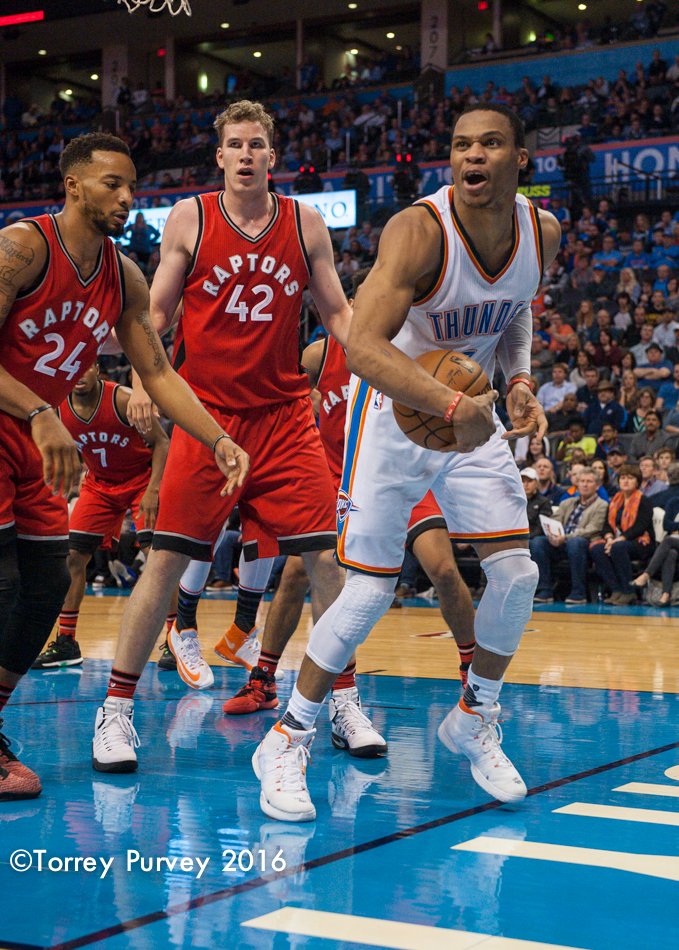 It was just over a week ago that the Los Angeles Clippers and Oklahoma City Thunder faced off for the first time this season. It took place in Los Angeles and the visiting team grabbed a hard fought 85-83 victory.
The teams square off again on Friday at Chesapeake Energy Arena in Oklahoma City and the Clippers look to avenge their lone loss of the season.
The Nov. 2 contest was up for grabs throughout, but it was Oklahoma City that found a way to make the biggest plays in the most crucial moments to snare the victory.
Despite that, the Clippers (7-1) believe they have shown an ability to put teams away and display a killer instinct that may not have been present in previous seasons.
“We’re definitely trying to do that,” Los Angeles guard Jamal Crawford said. “But we understand it’s a long season. We’ll have stretches where we may lose a couple of games in a row. So you don’t want to get too high or too low over the course of the season. But you want to build good habits.”
Facing the Portland Trail Blazers on Wednesday night, the Clippers didn’t allow the game to come down to the final possessions. They came out and attacked Portland on their way to 111-80 victory.
Los Angeles led 61-32 at halftime and never let up. Coach Doc Rivers wants to see more of that killer instinct.
“I think we need to continue to learn how to close teams out,” Rivers said. “Right now, when we get a lead it seems like they want to run it up even more. This team stays disciplined and continues to play solid, which we need to continue working on throughout the season.”
Putting teams away hadn’t been a problem for Oklahoma City (6-2). Before facing Toronto on Wednesday, the Thunder had built big enough leads that the starters were able to rest in the fourth quarter in the previous two games.
Against the Raptors, it was the Thunder who made mistakes in the fourth quarter that prevented them from earning the win.
“We battled and fought, the guys did,” Thunder coach Billy Donovan said. “I think it was maybe a six point game with a relatively decent amount of time left in the game. I think a lot of things for us defensively, we can look at from rebounding to pick-and-roll coverage to our transition defense where we can continue to try to get better and improve.”
Against Toronto, the Thunder often got away from their inside play and settled for long three-pointers. As a team they hoisted up 34 attempts and made 12 of them.
That included guard Victor Oladipo, who was 5 of 9 from behind the arc.
“I’m just ready to shoot at all times, just waiting for it,” Oladipo said. “When it comes to me I just try to be aggressive.”
Even though they had an easy night Wednesday, guard Chris Paul says that doesn’t give the Clippers an advantage.
“I don’t think one has anything to do with the other,” Paul said. “I’m glad we didn’t go into triple overtime. But we know how tough it is to play in Oklahoma City. Those guys have been playing extremely well. For us, it’s something that Doc (Rivers) has harped on since day one. It’s a business trip for us and we have to go there with a single mindset and win it Friday night.”