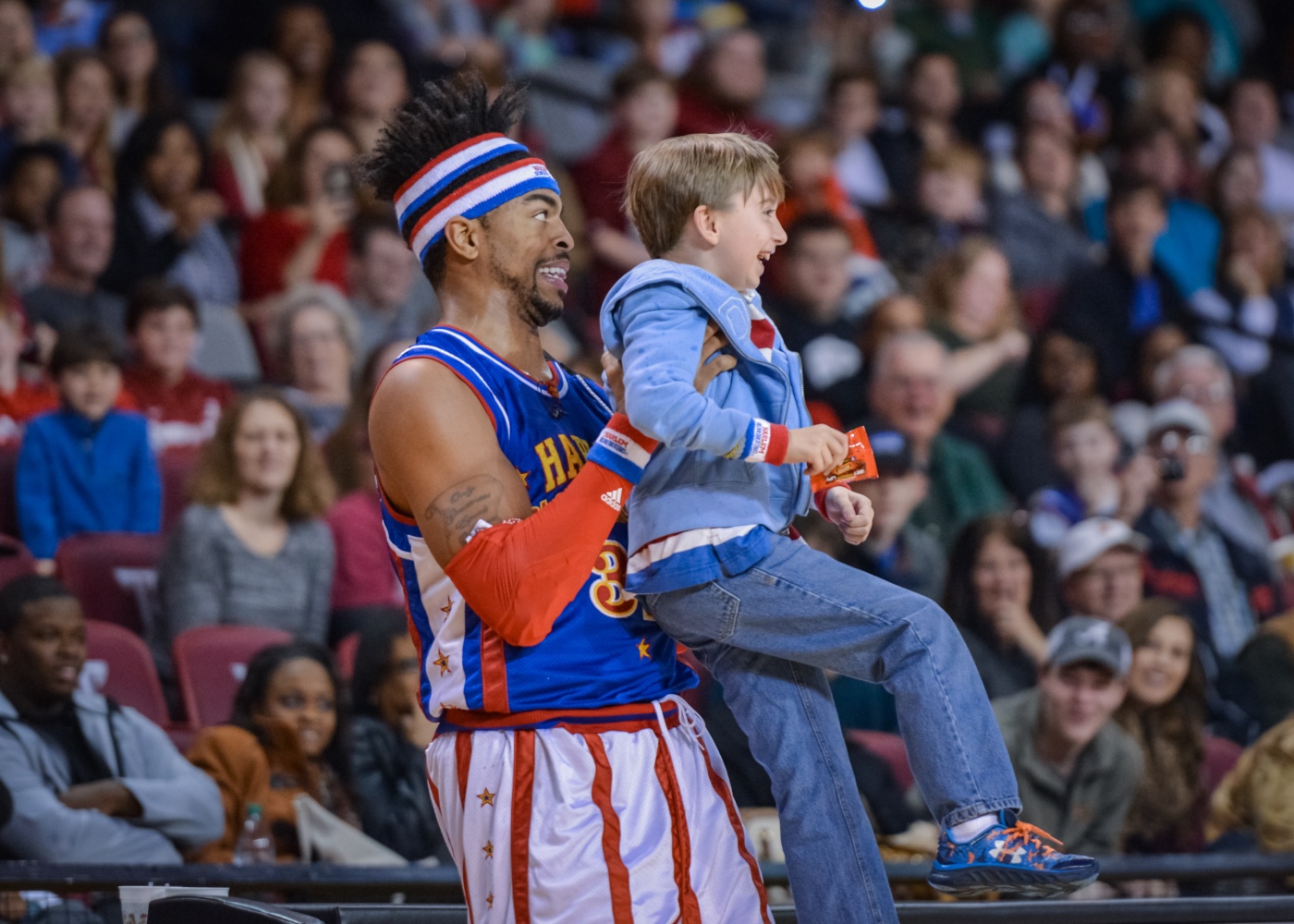 Reece Goose Tatum, Meadowlark Lemon, Fred Curly Neal — their names are etched in the history of basketball. The list of the great basketball players who have donned the uniform of The Original Harlem Globetrotters, which were inducted into the basketball Hall of Fame in 2002, goes on and on.

Since 1926, the Globetrotters have filled its roster with talented players who do more than just play basketball. Whether it’s for the pope, kings, presidents or average working men and women, the great ones entertain.

While the names on the back of the uniforms have changed, the goal of the franchise and its current members remains the same.

“I think the coolest part is that all of the ground work has already been laid for the Globetrotters,” Zeus McClurkin said. “They’ve been around since 1926, for 91 years. I think the coolest part is that people recognize us wherever we go. People see and recognize the Harlem Globetrotter brand. It’s a huge responsibility that we have to keep the tradition going. It’s an honor being an ambassador to goodwill.”

But McClurkin knows it’s the basics that the fans keep coming back to experience with their children and grandchildren. And it’s up to the players, no matter what era, to leave their own mark on the franchise.

“For example, everybody has a signature move that they do,” McClurkin explained. “Me being a minster at my church, I’m known for spinning the ball on my fingers but holding it on my praying hands at the same time. They give us easy nicknames for one. You have to earn that nickname. You don’t just come on the team and they call you what your mom and dad named you. They call me Zeus for my dunking ability. Every time I dunk, it sounds like thunder. So they gave me that name.”

As part of its 2017 world tour, The Original Harlem Globetrotters will be in Oklahoma throughout February for their annual visit to the state. After stops in Tulsa and Muskogee, the team brings its brand of goodwill, humor and basketball skills to Oklahoma City on Saturday.

Though the Globetrotters have visited Oklahoma for decades, McClurkin knows many have yet to see the team in action.

An Ohio native, McClurkin has been part of the Globetrotters for three seasons. He still remembers the first time he put on the red, white and blue uniform.

“I guess the thing I remember the most is looking out into the crowd and seeing a little kid, 20-year-olds and somebody in their 60s, and everybody had the biggest smiles on their faces, cheering for me, wanting me to do well,” McClurkin said.

The Globetrotters have inspired those reactions for almost a century all across the globe. Playing in 122 countries and in front of more than 144 million people have made it the world’s team.

It’s an opportunity he and his current teammates don’t take lightly.

“I’ve been to 18 different countries around the world,” McClurkin said. “Coolest place I’ve ever been is Israel and walked the streets of Jerusalem. That was amazing for me. I’ve also been to Rome and Paris. If you had told me as a kid that I would have saw the world with this game I just like to play in my backyard, I would have laughed at you.”

Story first appeared in the Oklahoma Gazette. Go to Eyeamtruth.com .