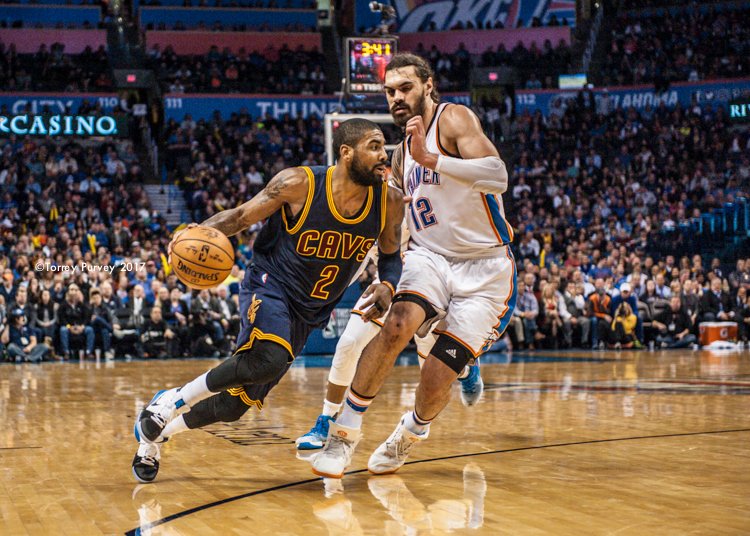 That move only seemed to pick up Russell Westbrook intensity to another level. But it was the play of the supporting cast that enabled the Oklahoma City Thunder to knock off the Cavaliers 118-109 at the Chesapeake Energy Arena.

However, Lue didn’t hesitate to defend his decision to play his three top players.

“It was good to go through something tough,” Lue said. “It was a tough game for us. Four games in six nights, it was just good to fight through and not give in. Guys came out and played. Like how we competed. They played better than us, they won tonight.”

Russell Westbrook collected his 26th triple-double of the season to lead the Thunder. He accounted for 29 points, 11 assists and 12 rebounds.

Victor Oladipo added 23 points and seven boards while Steven Adams had 20 points and 13 rebounds for the Thunder (31-23).

As soon as the game was over, the Thunder had to turn their attention to Saturday’s matchup with Kevin Durant and the Golden State Warriors.

“It’s going to be a fun game,” Westbrook said. “It’s an exciting game that a lot of people have been waiting for. I’m looking forward to it.”

Irving paced the Cavaliers (36-16) with 28 points on 11-of-18 shooting. James scored 18 points to go along with seven assists, but was held scoreless in the fourth quarter.

After the game, James was not in the mood to answer any questions. He gave a brief 34 second statement that included him yelling “Charles Oakley for President.”

“It was heck of a road trip for us,” James said. “We went 3-1. We would have love to been 4-0. Coming off a back to back, they gave us everything they had. We go home extremely proud of what we did on this road trip.”

Westbrook put the Thunder up 103-99 with 4:58 remaining before Irving came right back to close deficit to a two.

Once again, it was Westbrook who knocked down a jumper before Oklahoma City’s Jerami Grant came up with a block on the other end.

Westbrook then took Irving to the exact same spot as the play before and drained another jumper to give Oklahoma City a 107-101 advantage with 3:42 left.

James tried to answer by posting up Westbrook on the right block. But his fade away jump shot was off the mark. Westbrook then fed Adams for an easy bucket.

The Thunder came up with another defensive block and the loose ball landed in Westbrook’s hands. He could have went in for an easy dunk, but tossed the ball ahead to Oladipo for the layup to give Westbrook his 10th assist.

That was enough to put the game away.

“Russ is a heck of a player,” Jame said. “What he’s doing is unbelievable, averaging a triple double this year. He proved tonight why he is an MVP candidate.”

Oklahoma City won the rebound battle 51-35. That includes a 17-5 advantage on the offensive boards.

Much of the first half was all about Oladipo, Adams and the Thunder reserves. Especially Cameron Payne, who scored a season-high 10 points in his first six minutes of action.

With Oklahoma City getting only two points from Westbrook, Oklahoma City held a 41-29 lead with 9 minutes left the second quarter.

But the Cavaliers scrounged and clawed their way back into the game. James, Irving and Love all found ways to take advantage of opportunities in the halfcourt and on fastbreaks.

After staying away from each other for much of the first half, Irving and Westbrook guarded each other throughout the third quarter. Each made plays for their teammates or seemingly scored whenever they wanted.

But once again, it was the Oklahoma City bench that took charge late in the quarter as the Thunder took an 86-82 lead into the fourth.

“We competed at a high level,” Westbrook said. “We did a great job for 48 minutes. We had some ups and downs and we closed the game out.”

Michael Kinney is a Freelance Writer at Eyeamtruth.com 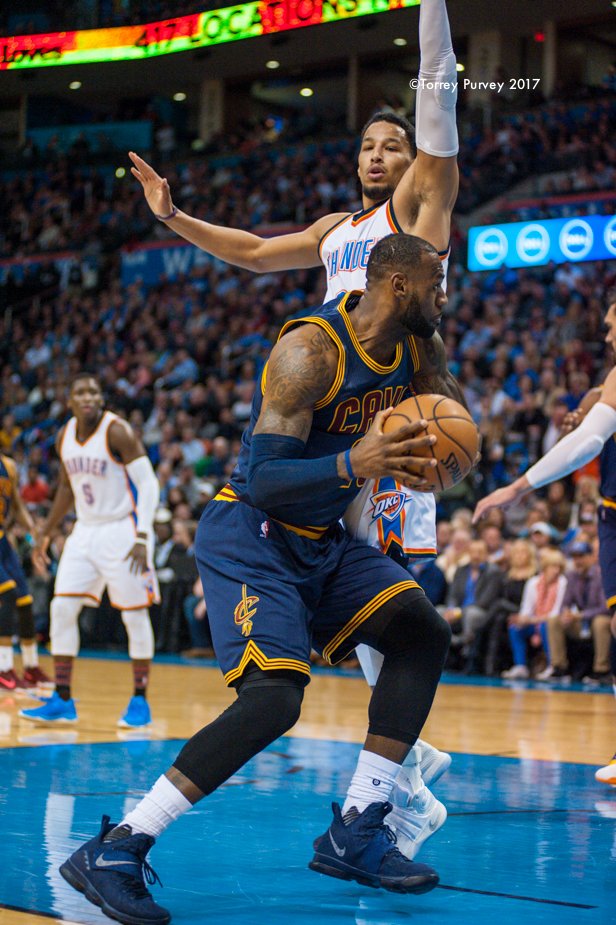