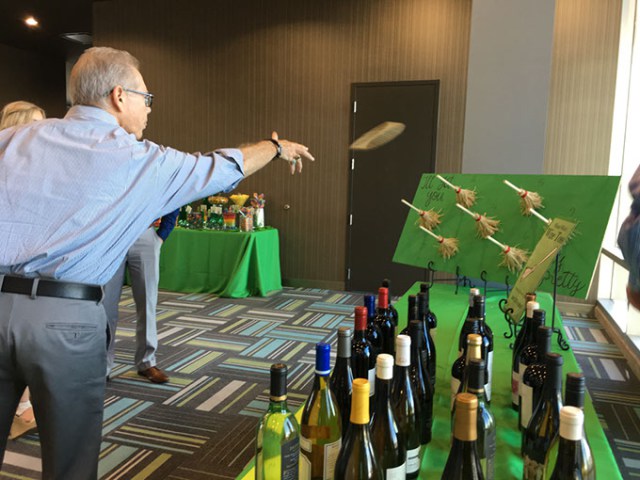 Kadion Lilly knows it can be a hard sell. As the development director for Court Appointed Special Advocates for Children (CASA), she knows sometimes people are hesitant to get involved.

It’s not because Oklahomans don’t want to help CASA as it protects children in the foster care system; it’s because the subject matter can be difficult to understand and digest.

That’s why Lilly is so proud of CASA volunteers and the work they do helping youths across the state.

“Child abuse and neglect is not a nice topic,” Lilly said. “It knows no boundaries, and it happens everywhere, unfortunately.”

CASA was created in 1977 in Seattle, Washington. It soon expanded to Oklahoma.

“We provide trained, court-appointed volunteers to advocate for the best interests for abused and neglected children in the juvenile court system,” Lilly explained. “We provide a caring, consistent adult to a child during one of the scariest times, which is their journey through foster care.”

The nonprofit’s primary job is to make sure children are placed in the right homes. Sometimes that means returning to their parents or progressing through the foster care system.

CASA volunteers undergo background checks, several interviews and 40 hours of training before being sworn in by a judge.

Training doesn’t end once they start working as advocates.

“We have on average around 10,000 children in foster care in Oklahoma. Around 2,000 of those are in Oklahoma County,” Lilly said. “Our volunteers talk to everyone on the case. … Anybody that has information about the child, they gather that info then compile a report and submit it to the judge.”

In 2016, CASA had 245 volunteers. They were advocated for 736 children, which is around a third of Oklahoma County children in foster care.

But while those numbers are significant, Lilly knows CASA needs more help.

“Our goal here at CASA is to increase our advocacy and be able to advocate for more children,” Lilly said. “We are always trying to recruit volunteers and get the message about CASA out.”

Going into its fourth year, CASA’s An Evening to Remember fundraiser is one of its biggest outreach endeavors. The event raises about $110,000 annually. Attractions this year include a wine pull, a raffle, photo booths, a DJ and donated food from caterers around Oklahoma.

“Our Evening to Remember is a casual celebration; it highlights the power of change a volunteer can make,” Lilly said. “It celebrates our volunteers, and it’s a reminder that it sometimes just takes a stranger to intervene and help a family to heal or to find the truth and be the voice for these children.”

This story first appeared in The Oklahoma Gazette. Michael Kinney is a Freelance Content Writer with Eyeamtruth.com.