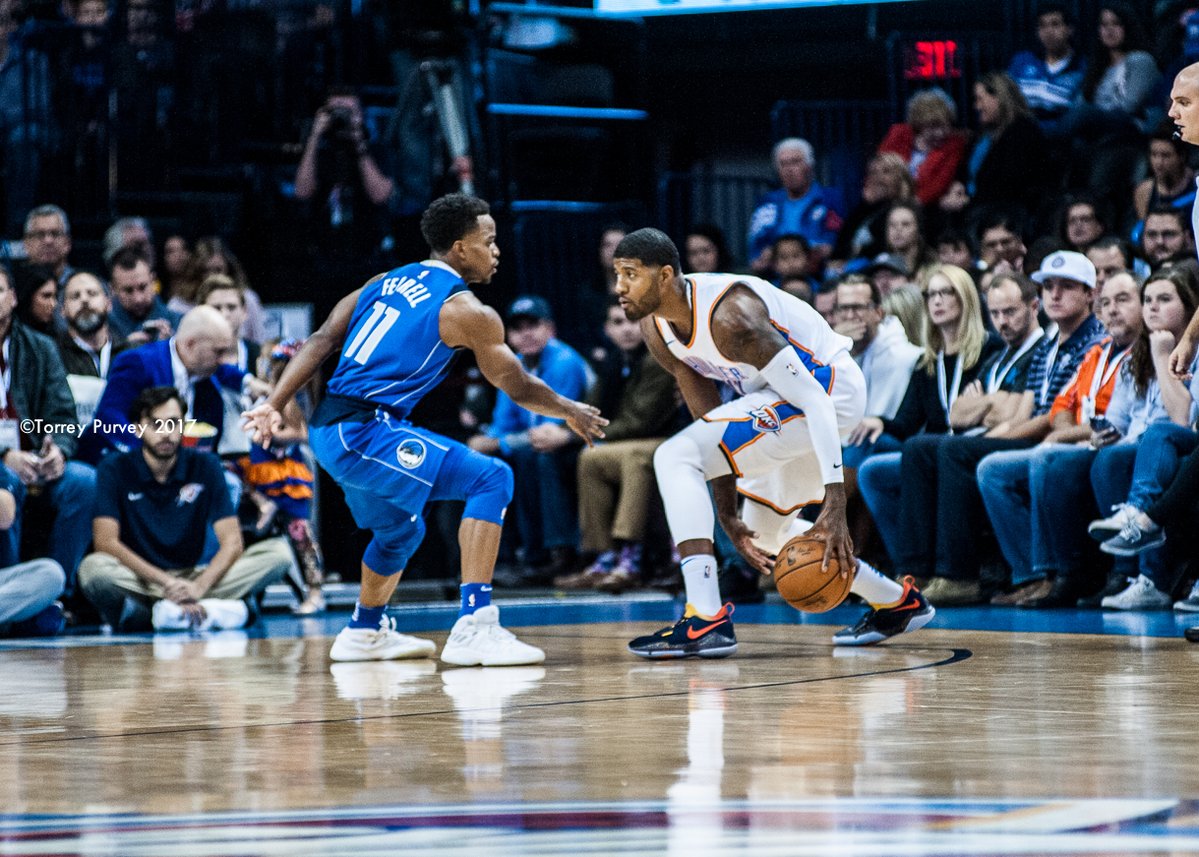 Paul George was in a slump. That’s not a word heard around most NBA locker rooms much, but that was the situation for the Oklahoma City forward.

In the first 12 games of his stint with the Thunder, George looked nothing like the player he had been in Indiana. The same one who became a four-time all-star and turned himself into one of the elite players in the league.

Playing along side two players who were his equal seemed to be pushing George farther and farther away from his normal self.

So after an unspectacular bad shooting night during the team’s four-game losing streak, George decided he needed to have a sit-down conversation with Russell Westbrook.

“After our loss in Denver, I had a sit down with Russ,” George said. “I asked what he needs from me, what he wants me to do better. Then I came out the past two nights and implemented what he asked of me. And that was just t be myself, to be aggressive and stay in attack mode.”

Since that talk, George has been on fire offensively for the Thunder. He scored 42 points in a win over the L.A. Clippers Friday. He backed that up with a 37 point outing Sunday in a win over Dallas.

George said part of his success has come from just getting more and more comfortable with his new teammates.

“I felt good. I just stayed in that attack mentality,” George said. “At this point, I know where the shots are coming from and I know where to catch the rhythm at. Now it just playing in those situations when I’m in them.”

Just like Westbrook, coach Billy Donovan wants George to stay aggressive and not shy away from his natural instincts.

“I think for Paul, he’s such an unselfish player. Just like all these guys, you’re playing with different teammates, different players, you start to get a feel where you’re shots are coming from,” Donovan said. “I think that even with Paul, Carmelo (Anthony) and Russell, it’s a pass-first mentality. Everyone is trying to pass the ball to be unselfish. I think he’s figuring out where to take his shots where there are good areas of the floor for him to do that. He’s getting more comfortable.”

Heading into tonight’s game with Chicago, George is averaging 22 points and shooting 45 percent from the field and 41 percent from 3-point range.

But Donovan says George’s impact can’t be defined by how many points he scores each night. He is more than that.

“For Paul and the way he plays the game, he’s so unselfish, you don’t want to just box him in as a scorer,” Donovan said. “I know he scored 42 and 37, but there is so much more to him than that.

“There’s so much more as a player than that. He’s trying to play the right way.”

As the players have said multiple times, they are starting to figuring things out. But it is finally showing on the court.

“At this point, everything is coming together now,” George said. “I kind of understand what my role is and when I can be aggressive, where I can be helpful in igniting our offense. So just everything is starting to come together.”