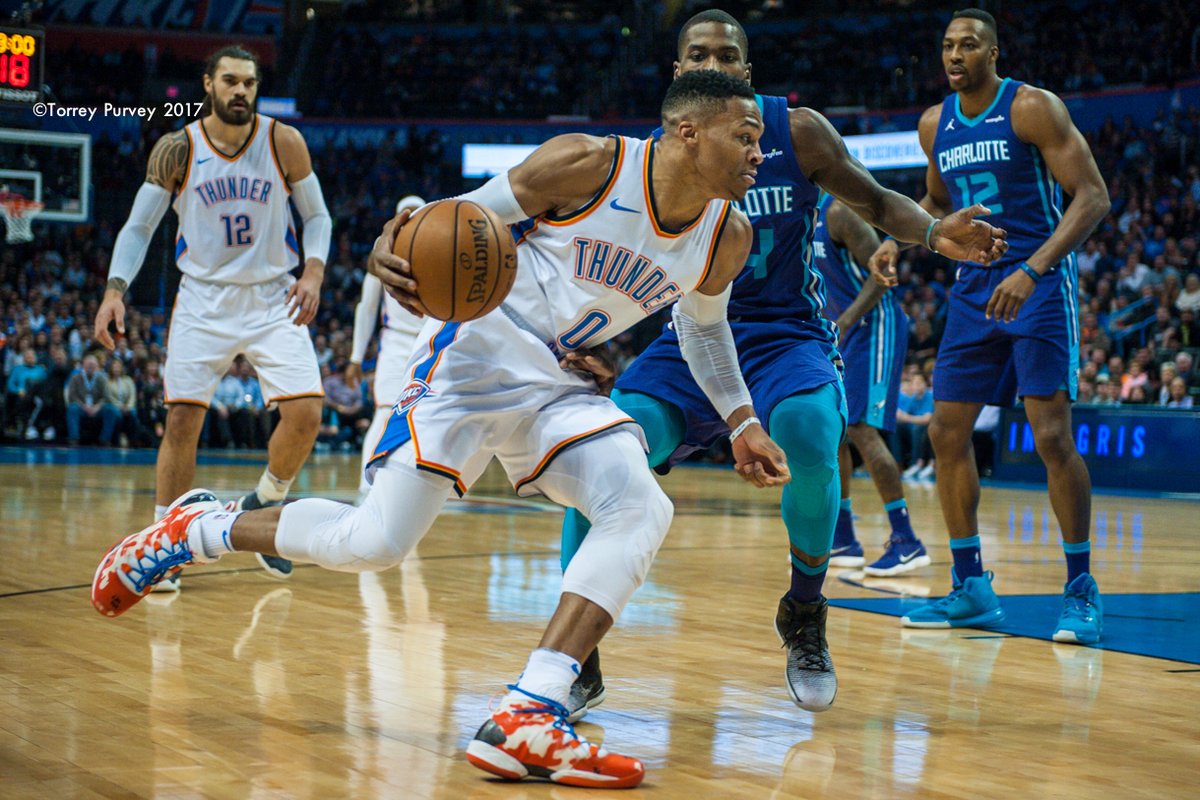 OKLAHOMA CITY – During Oklahoma City’s first 29 games, they have nearly lived on the road. They have played 16 of their games away from the friendly confines of Chesapeake Energy Arena. That includes coming off a three-game road trip on the East coast.

Only the Orlando Magic and Sacramento Kings have played more of their games on the road this year.

However, that is about to change for the Thunder. Starting this week seven of their next eight games will be in Oklahoma City, which has the players talking a lot about their beds.

“It’s good,” Thunder guard Russell Westbrook said. “We get back home, you get back in your own bed. Try to get back on the winning track.”

It’s easy to see why the Thunder are looking forward to the upcoming homestand. They are 9-4 at the Chesapeake Energy Arena and 5-11 anywhere else in the world. (0-1 in Mexico).

With the way Oklahoma City has been playing of late, they hope the homestand can kick-start what has been an unspectacular season.

Individually, the stats can seem pretty drastic as well with the key Thunder players.

In Oklahoma City, Westbrook is posting 25.5 points, 10 assists and 7.7 rebounds. On the road, his scoring drops by five points while he sees slight increases in assists (9.4) and rebounds (11).

But the biggest advantages of playing at home may come in the things that take place away from the court.

“Being at home, being with family,” George said. “Sleeping in our beds. Not going from hotel to hotel. Being at home definitely helps. Helps being at the house. Spending family time together. We just try to make the most of it, enjoy. Just embrace being at home here.”

But just because the Thunder will be at home doesn’t mean they are guaranteed to win. The home court advantage that used to strike fear into opposing squads is no longer as prevalent.

The teams Oklahoma City will play host to the rest of this month include Denver, Utah, Atlanta, Houston (Christmas), Toronto, Milwaukee and Dallas (New Year’s Eve).

Yet, no matter how successful the Thunder are during this homestand, Westbrook doesn’t want his squad to become reliant on playing at home.

“Regardless of where we play, we have to play (good) basketball,” Westbrook said. “We have to go out and compete.”