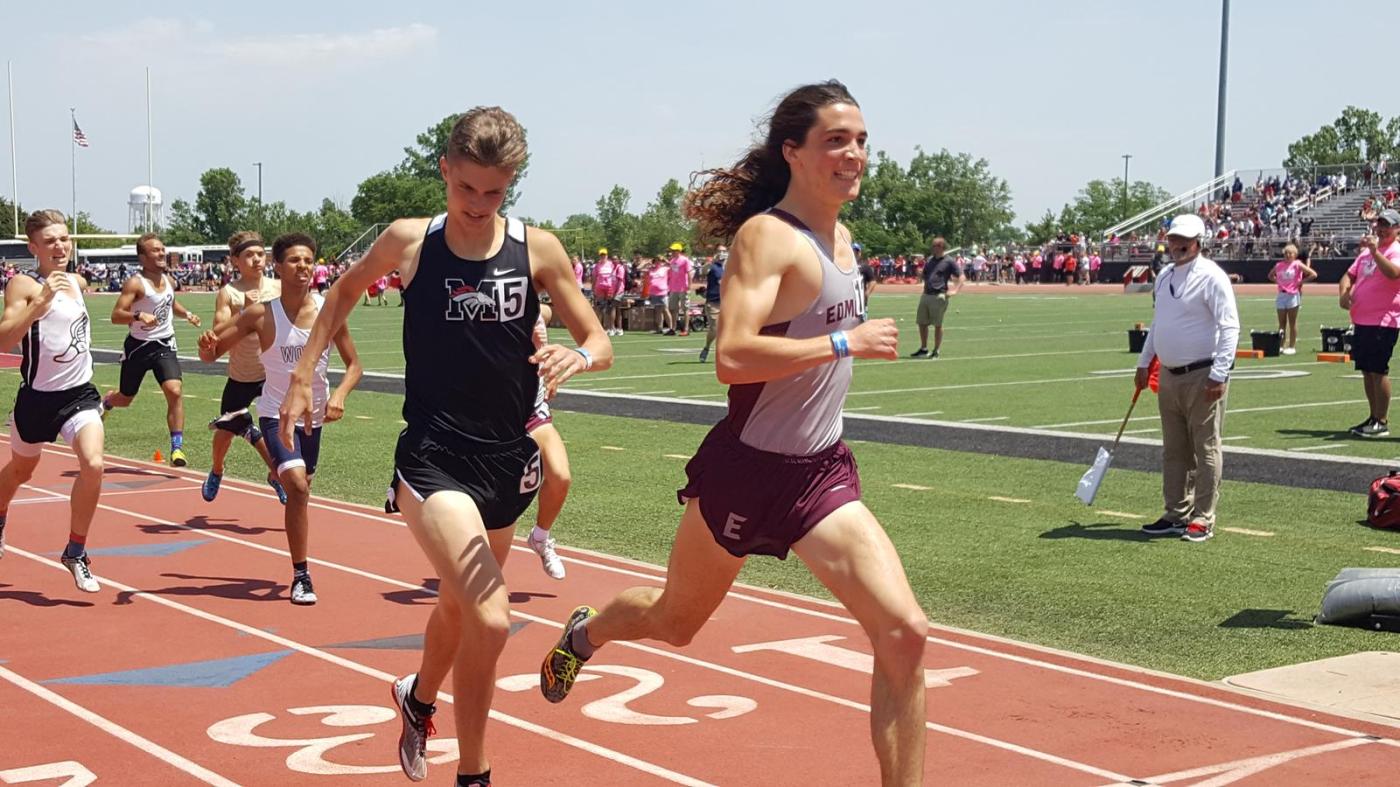 Jed Helker really likes to run. Even more than that, he loves to compete.

That is why just over a week after almost singlehandedly winning the 6A State Track and Field Championship for Edmond Memorial, Helker was back on the track at the first-ever Oklahoma Mile at Night May 21 trying to finish his high school career up with the state record in the 1600-meter run.

“Competing is one of my favorite parts,” Helker said. “I love running in general, but just getting out here and racing, I miss it in the offseason. That’s why I am trying to take full advantage of every opportunity I get in the summer.”

“I was going for the record,” Helker said. “I was two seconds off. I was really going for it. I think if I had some to try and catch that last lap, it would have been something I might have got. But it’s alright. It was fun.”

The Oklahoma Mile at Night was the second time in the past week Helker had tried to break the record. At the Meet of Champions May 15th, he ran a 4:23.

But once again, he had no competition to chase down the final 400 meters.

That was not the case at the state meet. Every single event he was entered in, it came down to the final meters between winning and second place.

That seems to be the exact situation Helker thrives in. The senior distance runner claimed four gold medals at the state meet May 11-12 at Yukon High. In the process he accounted for 50 of Edmond’s 98 total points. That was enough to hold off Tulsa Union, who posted 90 points, as they won their 11th state championship in school history.

“He’s just a phenomenal athlete. No one prepares harder,” Edmond coach Chris Lowry said of Helker. “No one is a better leader for our program. A great family. And he just takes it serious. His preparation, even on a bad day, he prepares so well, and he’s so well trained, that even on a bad day it’s still pretty amazing.”

“I was actually planning to drop the 800,” Helker said. “We had two other guys in it who are quality racers. An hour beforehand, for team points, my coach was like, you don’t have to win it, but go in there and get some points for us. And it played into my hands perfectly to where I could just out kick some guys, and honestly, it’s just a total blessing. I didn’t see this happening. It’s awesome that it did though.”

Each of the races Helker competed in came down to the final backstretch where he had to hold off a hard-charging competitor. That extra kick he has in reserve may have been his biggest weapon not only at state, but throughout his career.

“Just lots of work of learning not to fight through it,” Helker said. “When you get tired just don’t fight through it, it’s just gonna work against you. Just trying to stay calm and just as efficient as possible. And that’s kinda where it came from. Something I’ve been working on for a long time, for sure.”

Helker will now take his talents to Wichita State University and continue to run on the collegiate level. But that doesn’t mean he will forget being part of three state title winning teams in four years.

“I would totally run four more years for this program. I love it,” Helker said. “The coaches are awesome. I’d run four more years for them. I’m gonna miss wearing this jersey. I’m going to ask them if I can keep it. I’ve got some post season races, so I’ll see if I can wear this along with that. But I can’t wait for college, I will miss this team so much. But I think we’re going out with a bang.”

Michael Kinney is a Freelance Content Producer with EyeAmTruth.com