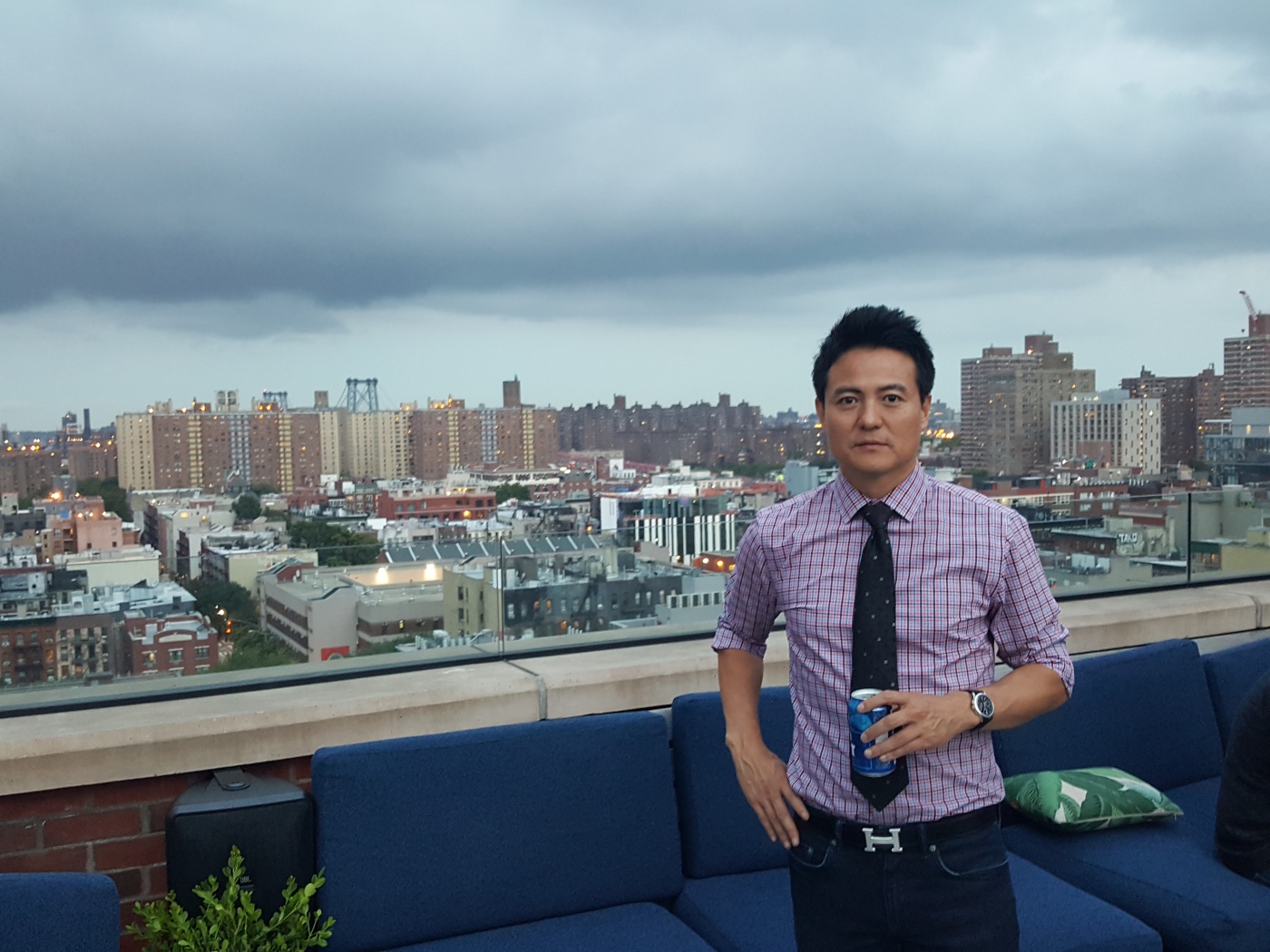 NEW YORK – Tae Ham hadn’t been out to enjoy the nightlife of New York City in some time. He became a homebody after the birth of his second child.

But on the evening of Aug. 12, Ham found himself relaxing at Mr. Purple, the posh rooftop bar at the Hotel Indigo near the SoHo District.

He was surrounded by young, upwardly mobile New Yorkers enjoying their lives and successes in one of the most vibrant cities in the world. As Ham stared out into the New York City skyline, he recalled growing up in Oklahoma when the setting would have seen more of a fantasy than real-life possibility.

Ham, 44, the founder and CEO of the investment firm Open Hedge, said he has come a long way from the days when he could barely speak English as a young immigrant. He arrived in Lawton with his family when he was 10.

Ham founded Open Hedge almost two years ago. The motto of the investment company, which is located on 57th Street in the heart of New York City’s financial district, is to bring Wall Street to Main Street.

Before going out on his own, Ham worked for 14 years as a senior executive with Viking Global Investors and HBK Capital Management, a pair of multibillion-dollar hedge funds. While Ham was successful at both companies, he wanted a change. The realization came about three or four years ago.

It wasn’t an easy decision. The pay was great, but wealth wasn’t the most important consideration. On the other hand, the challenge of becoming an entrepreneur appealed to him.

Ham was already familiar with challenge, beginning when he and his family first left South Korea.

“My dad, he came to the United States knowing that if his kids stayed in Korea, we would never have the same opportunity that we could have in America,” Ham said. “He believed in the American dream. He didn’t know what that was, but he knew that in America opportunities abound, and he knew that his kids would have better chances.

“So, he came to America first and he brought us after,” he said.

When Ham reached Oklahoma, he had no idea what to expect. He didn’t know anything about his new home.

“None of us spoke English,” Ham said. “We had to learn English when we came here and when we moved to Lawton. I wasn’t particularly thrilled because I thought it was a little cowboy town.”

Ham’s family was poor. His father’s salary as a pastor at a small Korean church barely covered the basics for a family of six. He recalled feeling embarrassed because he was a part of the free lunch program at school. But he learned from that experience, he said.

“It taught me to say, ‘my parents came here with nothing and they’re trying their best to provide,’” he said. “I can’t just sit back. I think my parents instilled this in me too. Believing, whispering in our ear saying, ‘you can be more than what we have done here.’”

Ham was an all-district performer on the Eagles varsity soccer team at Lawton Eisenhower High School. His coach, John Stiefer, said the tenacity Ham displayed on the soccer field helped him get ahead in business. Initially, Stiefer said he was skeptical that Ham had the size and skill to play goalkeeper.

“But, he was tenacious with a ‘the keeper position is mine’ mindset,” Stiefer said. “Each training session was a competition for him and his skill improved exponentially. Tae was very intelligent and this enabled him to gain more skill on the technical and tactical aspects of goalkeeping. He was a very hard worker.”

But one trait stood out to separate him as an outstanding ‘keeper from every other player, his former coach said.

“It’s courage,” Stiefer said. “Tae was a very courageous keeper. All of the practice and training repetitions cannot elucidate courage. Time after time I saw him sacrifice his well-being to make outstanding saves.”

Ham graduated from Eisenhower in 1992 and earned a bachelor of arts degree across the state at the University of Tulsa.

Ham’s first job was in Dallas working at Microsoft. He then joined the company Data Returns. He was 23-years old and seemingly had everything he wanted in front of him.

But that is when life decided to deliver its first blow as the dot.com bust hit. Data Returns busted and Ham was left out in the cold, but with some life lessons.

“When the dot.com bust occurred I lacked the finance knowledge to protect myself. Sonny (Perdue), at one point his net worth was over a billion dollars, and he didn’t protect himself,” Ham said. “I think a lot of the people that worked at Data Return were in the same boat. So that’s one of the reasons my vision was I want to go to business school to understand finance and accounting.”

Ham made the decision to deviate from his initial plan and head to business school in New York, where he attended Columbia. It wasn’t an easy decision, but one he knew he had to make.

That is the mindset Ham continues to carry with him today at Open Hedge. He hopes that young women and men coming out of Oklahoma now realize they can do whatever they want and not to use where they came from as an excuse not to dream big.

Story ran in The Journal Record