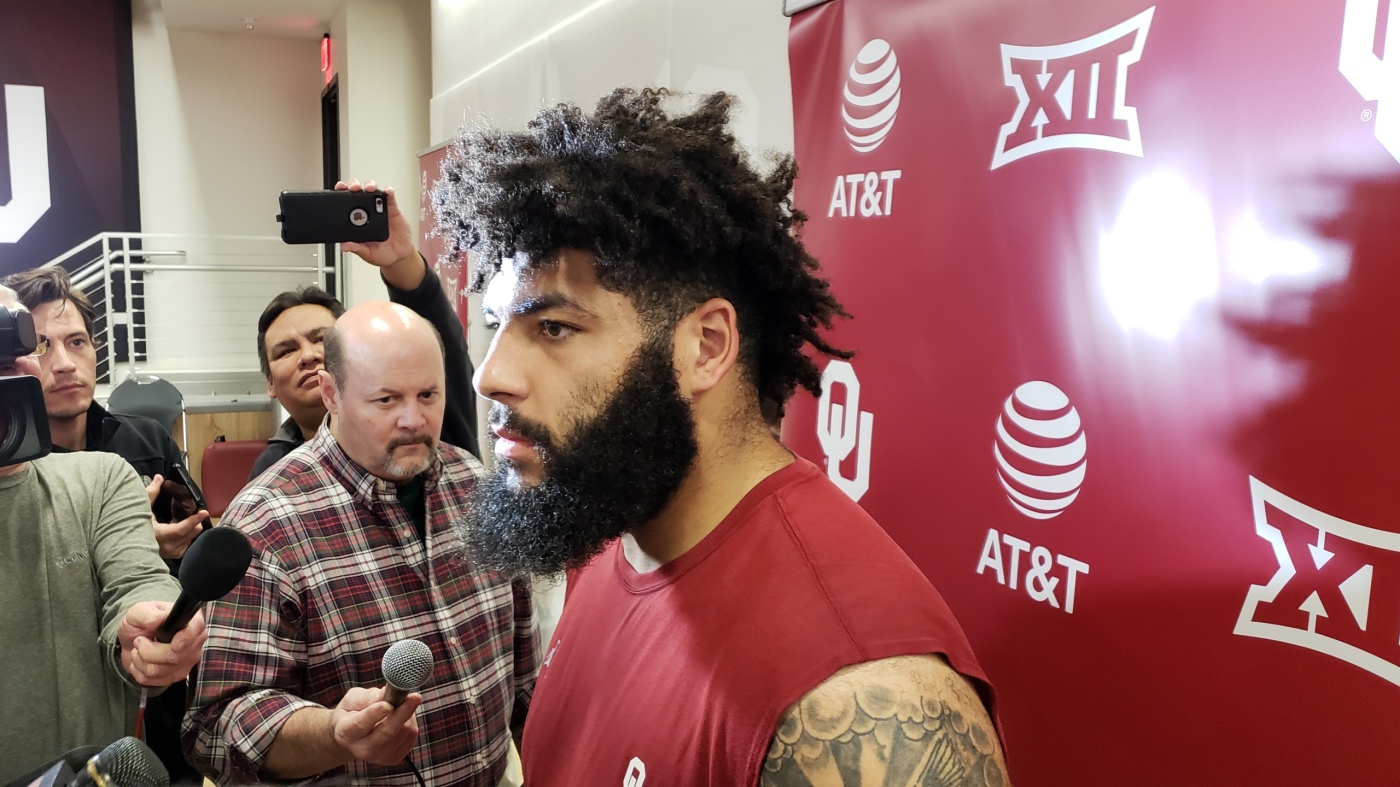 Oklahoma had a tough time Saturday. The 51-46 victory over Texas Tech was not a work of art and not the teams best effort, according to coach Lincoln Riley.

Oklahoma racked up 10 penalties for 113 yards against Texas Tech. While that is the most they have put together all season, the players still see it as a trend they need to nip in the bud at some point.

“We defiantly killed ourselves a little bit. I think that is something we’ve done a little bit of all season that’s kind of stopped us,” OU quarterback Kyler Murray said. “I don’t think a lot of teams can stop us for four quarters. But when we make dumb penalties and hurt ourselves obviously, it can hurt the drive. There is a fine line between being physical, and you don’t want to tell your team not to be physical. It’s a physical game. We have to play with that mindset of being physical, being the most physical team on the field. But at the same time, we made a couple of penalties on Saturday that we can’t make going forward.”

Cody Ford was one of the Sooners who was handed an unsportsmanlike penalty Saturday. He was asked if he knows where the line is of being overly physical after the whistle.

“I know where the line is,” Ford said. “I know where the edge is. I definitely crossed it. Every play I take is aggressive in between the whistle. Stopping at the edge is something I need to work on more. It just goes back to coach Riley saying stay poised no matter what happens.”

Offensive line coach Bill Bedenbaugh said his players have to have better self-control.

“There’s a lot of things that go on out there that people can’t see, and yes, but you still have to control your emotions,” Bedenbaugh said. “Luckily, it didn’t hurt us, but yeah, we’ve got to control our emotions better. Like I said, most of the time we do, but those couple times a game, it just can’t happen, and it’s just about the individual controlling themselves. No matter what the other guy does, no matter what he says, no matter what he does, you can’t retaliate.”

Waiting for his opportunity

Despite the Sooners scoring more than 50 points in three straight games, wideout Marquis Brown has been held relatively quiet. He had five catches for 76 yards against Texas Tech. Against Kansas State and TCU he combined for 7 receptions and 63 yards.

“I get a lot of rolled coverage, but that just opens up a lot of stuff for my teammates,” Brown said. “When they do that, I just know somebody else is going to be open. It’s like I know I won’t have that many opportunities, but when the opportunity comes, I need to make a play.”

Of the 20 passes Kyler Murray completed Saturday, he spread them around to seven different receivers. That ability to spread the ball around has become a constant theme for Murray and he was asked if that has more to do with his confidence in the receivers or the system. “A little bit of both. But more of just trusting the system, trusting my reads,” Murray said. “Our receiver room is pretty good, so we have a good rotation. I don’t really notice who is in the game sometimes. Sometimes I’m just going through my reads and just throwing it to the guys who are open.”

The Sooners now will face Oklahoma State at 2:30 p.m. Saturday at Memorial Stadium. While the Pokes have struggled, they do have some areas that can provide problems.

Murray recounted how he was recruited by Oklahoma State when he was coming out of high school. He was asked how did he like the experience.

“I’m not a fan of Stillwater,” was all Murray said.