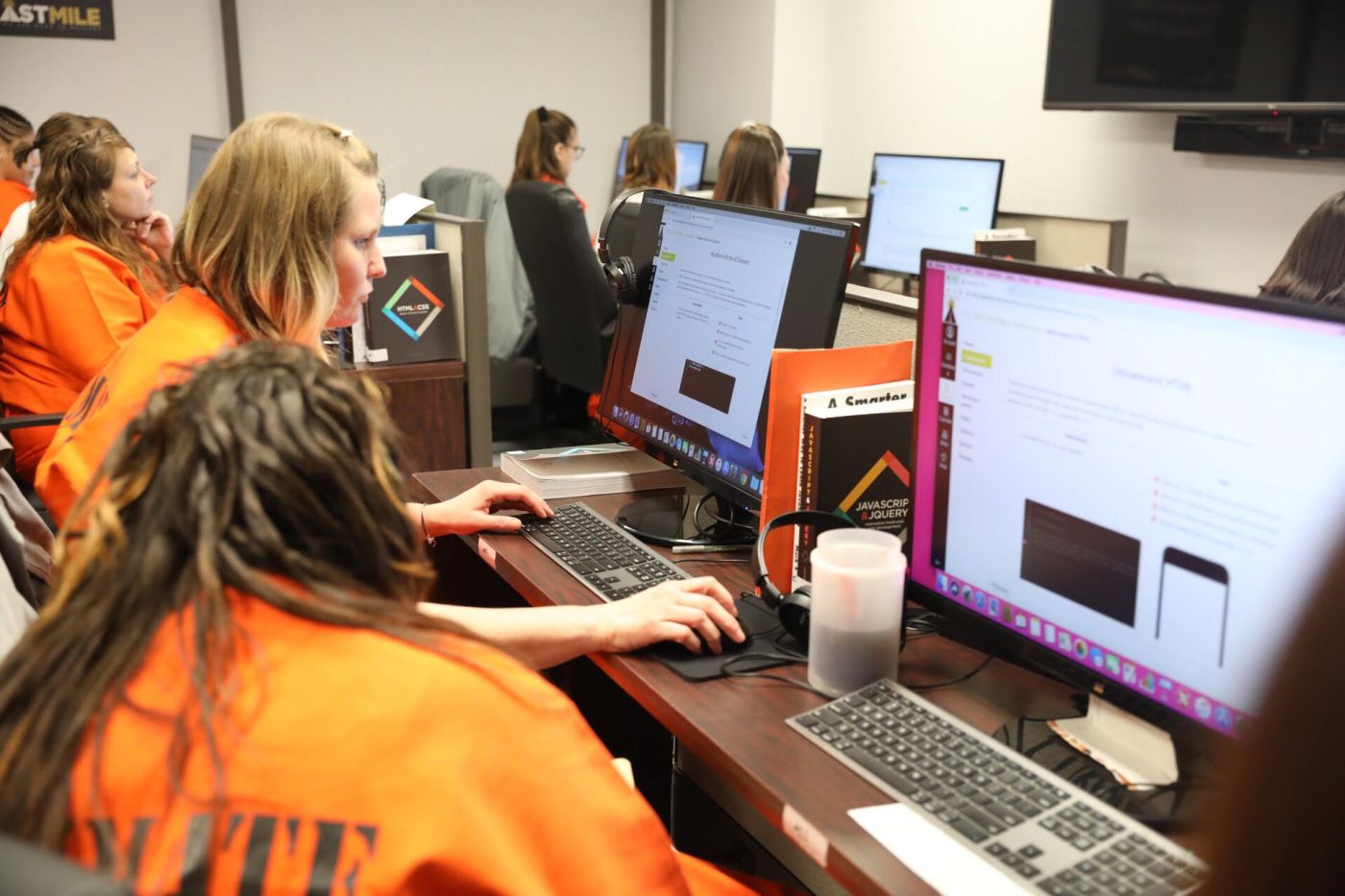 (Photo provided by The Last Mile)

An hour after the Oklahoma City Thunder had defeated the Portland Trailblazers, Stanley Kirk Burrell was standing on the floor of the Chesapeake Energy Arena talking to fans. Better known as Hip Hop icon M.C. Hammer, he held a captivated audience with his stories and sheer personality.

Hammer was waiting around to meet Thunder Russell Westbrook after the game and take some pictures. However, that was not the reason the Oakland, Ca., native came halfway across the country.

What was primarily on Hammer’s mind that day was prison reform. Unfortunately for Oklahomans, there is no better location to talk about the prison system than the Sooner state.

According to the Bureau of Justice Statistics, Oklahoma has led the nation in female incarnation for more than 25 years.

“So I came here to go to the women’s prison, where we launched a program to teach the inmates how to become software people,” Hammer said. “I came here to go into the women’s institution, women’s prison, where we could teach them and equip them with a skill set to become software  engineers so that when they get out, they can get jobs in the tech industry.”

Hammer joined Gov. Kevin Stitt and a large group at the Mabel Bassett Correctional Center in McCloud to launch The Last Mile. The program was created to lower the recidivism rate by teaching inmate skills using software that will benefit them once they get out of prison.

“Our mission at The Last Mile is to provide marketable skills that result in gainful employment, because we believe that jobs are a critical component to successful reentry,” said Beverly Parenti, Executive Director and Co-Founder of The Last Mile. “When I learned that Oklahoma has the highest female incarceration rate, I knew we could have a significant impact on this population. The Last Mile’s coding program provides a multitude of opportunities for women, shifts perceptions, and returns graduates home to their communities and families in a positive way.”

Inmates at the Mabel Bassett correctional center are now able to enroll in the program, which lasts a year. In it they will build software engineering skills and learn languages like HTML, Javascript, CSS and SQL.

“This program gives our inmates something many have never had before – something to be proud of,” said Oklahoma Department of Corrections Director Joe M. Allbaugh. “With the skills this program imparts, these students can leave their felony past behind, no longer be defined by it, and become functioning, participating members of society.”

Hammer has been part of The Last Mile for more than a decade when Parenti and her husband Chris Redlitz, came to him with their plan. After they explained it to him, he said he jumped in.

“Now we know, historically again, that tilts towards minorities, right? So what we need to do, is figure out how do we collectively break that mentality, that spirit, and those policies, so you’re not just throwing people in jail,” Hammer said. “Jail is not the answer. There are some people that definitely need to go, but jail’s not the answer.”

According to The Last Mile officials, 75 percent of the program’s 18 students are mothers with less than three years remaining on their sentences. They will join nearly 500 men and women across 12 prisons in four states that have moved through the program.

Wanting to make sure the prisoners do not return once they leave, Hammer said he had a personal message to Stitt.

“I thanked him for having an open heart and open ear. And at the same time, I reminded him that there’s no badge of honor to be the number one state in America for incarcerated women,” Hammer said. “Especially with the history that we have as men of the treatment of women, historically. And now to have any place where women are incarcerated more than men, is more than unacceptable. So we had that conversation, and I tip my hat to him. He said absolutely we got to fix this. So this is not the overall solution, but a start.”