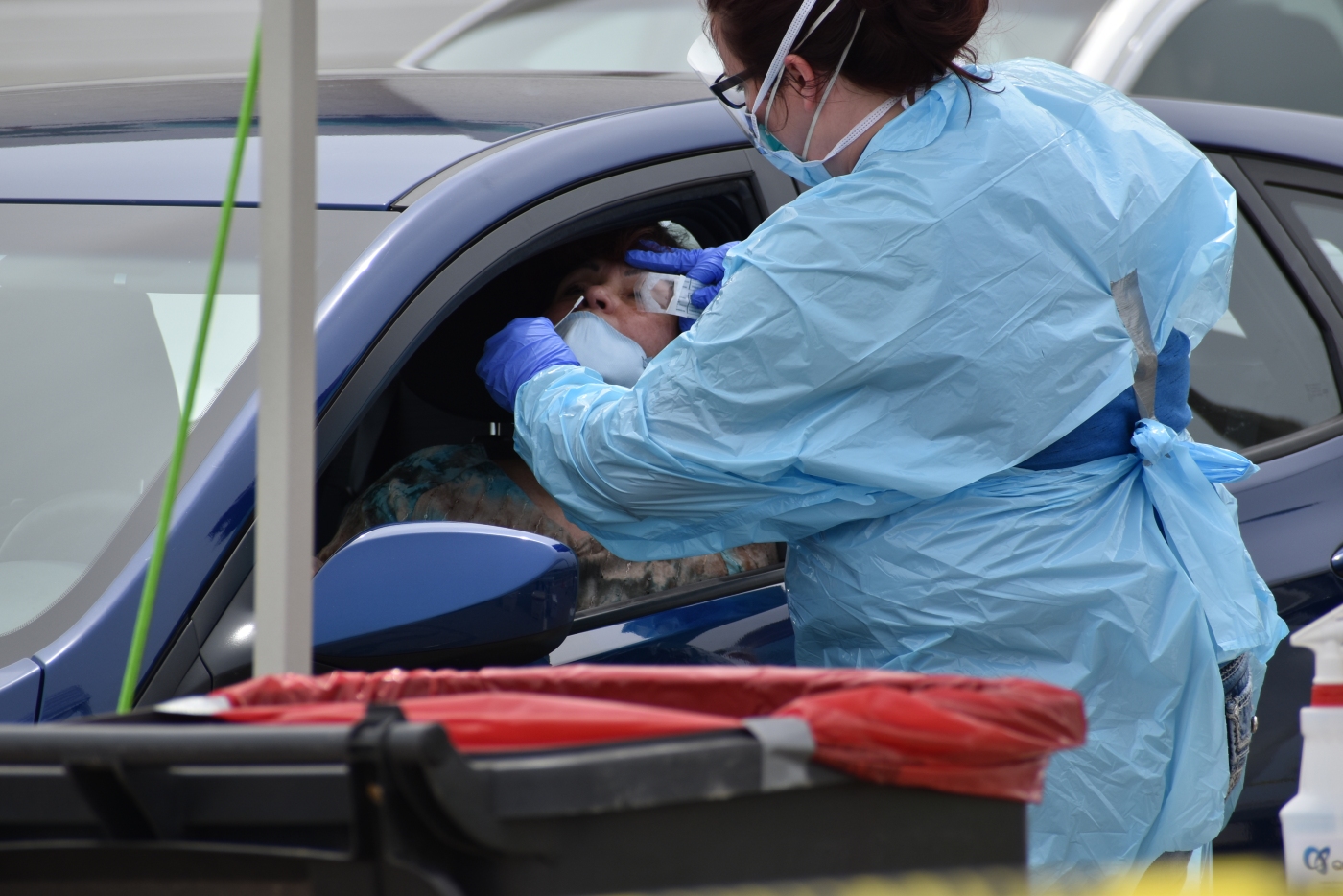 NORMAN– Earlier this month, Oklahoma was lambasted nationally and internally by many for the rate it had been testing people for COVID-19. As recently as April 3, the state was last in the nation in the number of tests given per capita.

Since then, those numbers have increased greatly as the state tries to catch up with much of the country.

On April 9, Oklahoma State Health Department Commissioner Gary Cox, held a press conference in Norman at one of the 80 testing sites that were up and running that day. That included all of the 68 county health departments and the metro health departments in Tulsa and Oklahoma City.

“Our goal is really, and I think the governor’s goal, is to test as many people that want to be tested,” Cox said. “We not only want to use this to see what’s going on across the state as far as Coved-19 to do surveillance to see what is happening across our state. I think the messaging is going real well. Obviously here you can see for the long line of cars that are here for testing the word is certainly getting out.”

According to Cox, the increased testing isn’t just to find out who has the virus, but also where it is spreading the most.

“The reason for that is so that we can follow up with hotspots across the state. We can move our public health force in to do contact pricing interviews and actually to isolate folks that night have Covid-19 so it was not the spread,” Cox said. “So what we’re really trying to do is to slow the spread.”

The requirements to get tested can vary from each site. But according to Cox they include contact with an infected person or the loose restrictions of either having a cough, sore throat, shortness of breath or fever.

The information that the department is able to take in from the testing sites helps them in a number of different ways. That includes vital demographic data.

“We collect a great deal of data and we are expanding that because we want to include racial and ethnic statistics as well so that we can share those across the state and to see if there are disparities that need to be addressed,” Cox said. “That’s something that is very important. It’s something that we’re focused on and we’re working on collecting more and more of that data. It’s partially in place and it will be much more complete in days to come.”

Cox was asked if there is a backlog of tests that the health departments is having to get through.

“We have no backlog at the public health lab,” Cox said. “We were able to keep up with those daily. I don’t think, usually in the beginning of the day it’s very few in the queue. If in many times zero. I can’t speak to all of the private labs. I don’t have any information before me right now. That’s what’s happening in the public health lab.”

As of the morning April 9, there have been 1,684 positive cases of COVID-19 in Oklahoma. That included 80 deaths from the virus.

“I think this is a traumatic time for Oklahoma in general and I think Oklahomans have really pitched in have helped to keep the spread from going further,” Cox said. “We may have some tough days ahead, we’ll have to see. But I think the fact that Oklahomans have pitched in and really followed the advice that’s been given, it really has helped us to slow the spread. I think that Oklahomans we know that we’re very resilient and we can adapt and we depend on each other and neighbors helping neighbors. I think that’s what is happening in Oklahoma.”