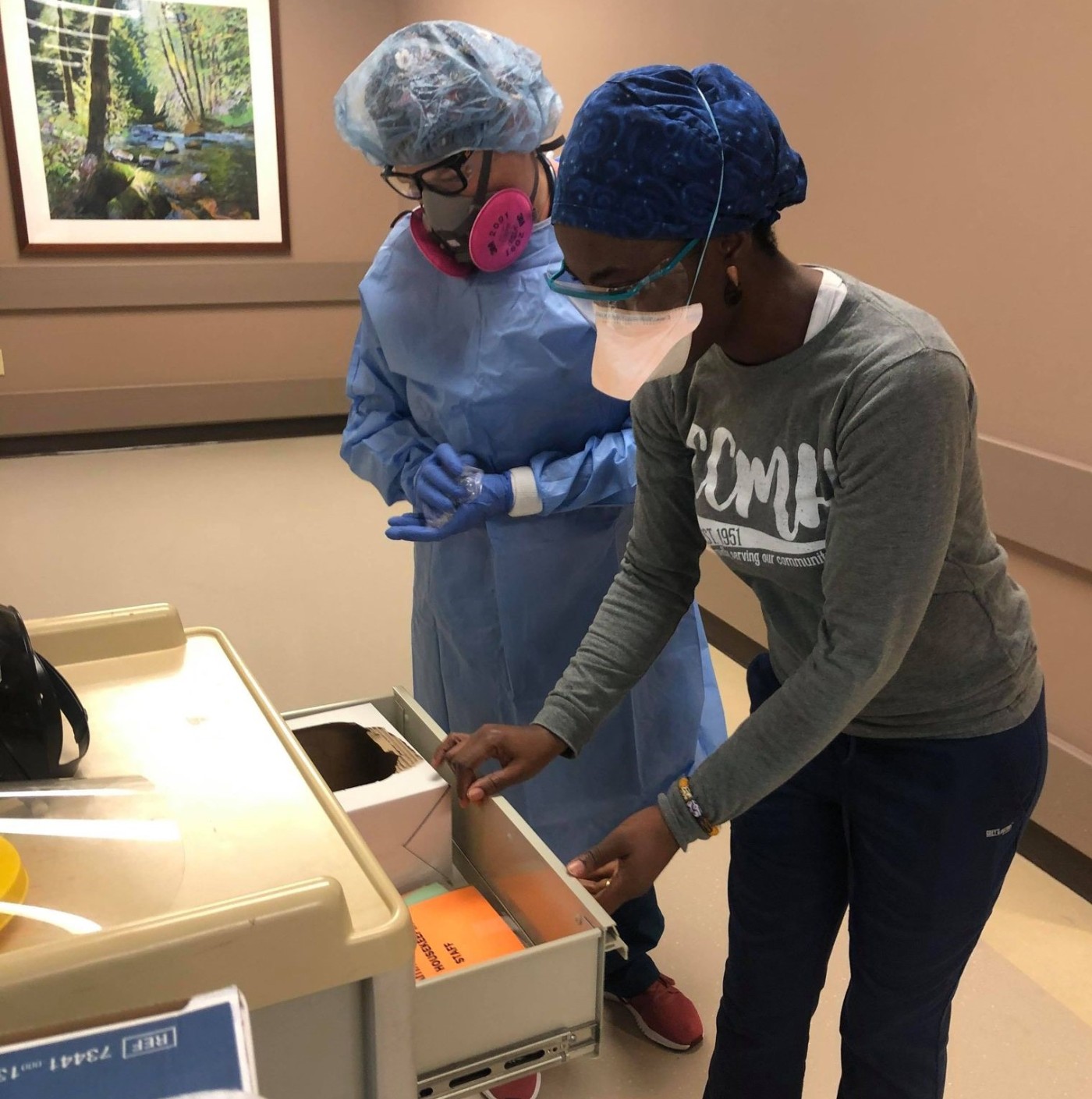 When the COVID-19 pandemic hit the United States, it exposed several inefficiencies with the health care system. Most had already been known, but they were exacerbated by the outbreak of the virus.

One of the issues that has been amplified across the nation is a nursing shortage. Almost every hospital in most states are having to deal with a lack of Registered Nurses (RN) to fill shifts even as the COVID-19 numbers continue to rise.

That includes Oklahoma, according to University of Oklahoma Chief COVID Officer Dale Bratzler

“There are still hospital beds available. One of the challenges has been staffing of hospital beds (given) Oklahoma’s nursing shortage state. So, having enough nurses to take care of and staff all of those hospital beds has been a bit of a challenge,” said Bratzler. “And I know that many, many of the Oklahoma hospitals are trying everything they can to recruit (anybody) they can in terms of nursing to help them staff the additional beds that are necessary for COVID-19.”

Oklahoma is one of the states that is seeing drastic daily rises. On Nov. 2 the Oklahoma State Department of Health reported 1,084 new COVID-19 cases across the state, which pushed the total positive cases to 125,195.

Because these are the numbers state hospitals are dealing with on a daily basis, the need for Registered Nurses (RN) has increased. However, the demand far exceeds the supply.

According to Chris Ward, the Chief Nursing Officer at Comanche County Memorial Hospital, this has been a problem that has been building in a Oklahoma where one of the biggest factors to the exodus is pay.

“We’re finding that registered nurses are getting siphoned off from Oklahoma to other states who are willing to pay more,” Ward said.

Texas, which is one of the states who has been able to attract a high number of RNs from Oklahoma, has an average salary of $74.540.

According to Ward, RN salaries in Oklahoma have stayed stagnant since the state declined Medicare Expansion in the Affordable Care Act.

“We decided at the state level not to accept that check that came from the federal government, because they may take it away sometimes,” Ward said. “And a lot of the other states have had it. All that does is give you more money to spend on healthcare, but if you’re looking at wages, that’s one of the areas to spend money on. And of course, if the health insurance companies or the state doesn’t have it to spend, you can’t raise wages, you can’t really give more benefits to your registered nurses.”

Therefore, when the COVID-19 pandemic hit and other parts of the country start searching for RNs, Oklahoma has found it difficult to retain their staff.

“I would say the first phase of the pandemic, it didn’t seem to affect us that much at all. But what has happened because there are definitely geographical areas of the United States that are very hard hit, they have increased their salaries in those areas because they have a desperate need for nurses,” Ward said. “We lost nurses to other places. I’ll tell you we lost 12 nurses just because they were able to find a temporary job elsewhere that has really a high COVID-19 pay. And I’m talking $5,000 a week high COVID-19 pay.”

Despite wanting to keep his staff intact, Ward said he can’t blame any nurse who makes the decision to leave.

“Somebody walks in and said, hey we need nurses in Philadelphia. We need nurses wherever it is and we’ll pay you $5,000 a week if you come over here and you’re trained,” Ward said. “It’s hard to blame anyone. I mean, that’s going to make a difference in Christmas this year.”

However, money is not the only issue that caused the nursing shortage. According to Healthstar International, a staffing agency for health care workers, retiring nurses are not being replaced at a fast-enough rate.

As of 2019, only 77 percent of Oklahoma’s licensed nurses are residing in the state and still employed in nursing profession, according to Healthstar International. Of that 77 percent, 17 percent have reached the retirement age of 60 or older and 18 percent are between the ages of 50-59. That adds up to 35 percent of the licensed nurses in Oklahoma being at or near retirement age.

“What’s happening right now is that retirement and new graduates have sort of stayed the same. As many people are retiring as the new graduates are coming in,” Ward said. “I would say we’ve been tight for the last five to 10 years. The curve that shows you got this huge number of boomers that are aging to the point of retirement. A lot of those boomers were nurses and there just isn’t a generation following them that is large enough to even replace them all.”

Ward said CCMH is one of the few hospitals trying to attack the problem at the foundation. They have partnered with local colleges by providing funding. Western Oklahoma State in Altus was able to hire two more professors, which Ward says gave them the ability to add up to 30 more students in their nursing program last year.

While that is a long-term solution, there isn’t too many immediate answers to the current nursing shortage. CCMH has been looking to replace the dozen nurses they lost for some time, but it has not gone well. They have not been able to replace them since every hospital in the state has the same problem.