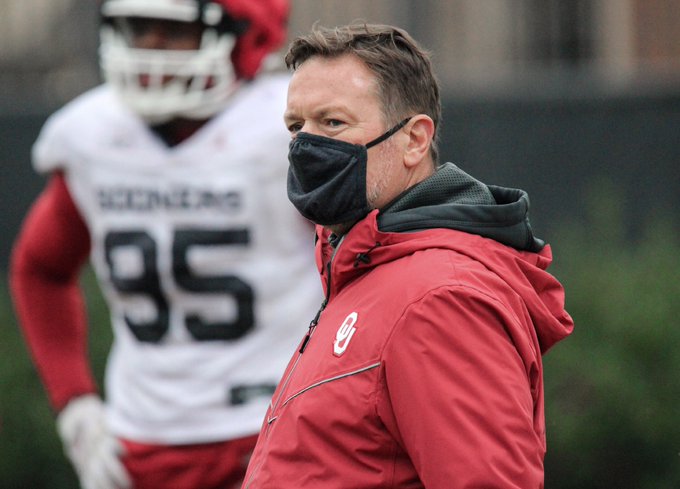 Bob Stoops has been out of college football for five years. In that time, his replacement at Oklahoma has kept the program thriving with multiple trips to the College Football Playoffs, Heisman Trophy winners and impressive recruiting classes.

Yet, that doesn’t mean Stoop’s impact on the Sooners and college football has been forgotten.

Stoops was named Monday to the 2021 College Football Hall of Fame Class by the National Football Foundation (NFF) and College Hall of Fame in his first year of eligibility.

“As a son of an all-time, lifelong high school coach, no one appreciates the game of football and the coaching profession more than I do, and so I am truly grateful for and humbled by this honor,” Stoops said.

Oklahoma has also placed 22 former players in the College Hall of Fame.

“I feel incredibly fortunate to have traveled this road,” Stoops said. “All the stops along the way were such positives for me and led to the extraordinary opportunity at Oklahoma. The coaches I worked under were the best of the best: Hayden Fry at Iowa, Dick Crum at Kent State, Bill Snyder at K-State and Steve Spurrier at Florida. I feel amazingly blessed that I was around so many remarkable coaches and people.

“In the end, I am so honored to join the College Football Hall of Fame and feel a great sense of humility.”

Stoops, a native of Youngstown, Ohio, spent 18 years as the Sooners head coach and rebuilt Oklahoma and returned the program to its former glory. He posted a 190-48 (.798) record at OU and coached the Sooners to a school-record 18 consecutive bowl berths while earning Big 12 Coach of the Year honors six times and was named national coach of the year twice.

Stoops was also the only coach in the BCS era to win the Fiesta Bowl, Orange Bowl, Rose Bowl, Sugar Bowl and the national championship, and accumulated more victories over his first 18 seasons than any coach in the game’s history.

“Football is the ultimate team game with so many pieces that must be put together, and nobody can have success by themselves,” Stoops said. “It takes everybody contributing. Certainly, that was the case for me. From my family to my support staff to my assistant coaches to our administration and to our great fans, I had incredible support at Oklahoma for each of my 18 years and am thankful to everyone who played a role in all our achievements.”

When Stoops stepped down in 2016 to allow Lincoln Riley to take over the program, his resume included the most wins in Oklahoma football history, 10 Big 12 Conference titles and the 2000 national championship.

Stoops gave most of the credit to his former players.

“Ultimately, though, the dedication and hard work of the players is what wins, and I am so appreciative of all of the guys who played for me,” Stoops said. “I felt a great connection to our players from my first year in 1999 all the way through my last season in 2016, and if I did anything right it was always connecting wholeheartedly with them. To me, that’s probably the most important thing for a coach — being able to connect with and relate to your players.

The 2021 class will be inducted into the College Hall of Fame during the 63rd NFF Annual Awards Dinner on Dec. 7 alongside the 2020 Hall of Fame Class, which had its induction canceled due to COVID-19.  This year’s group was named to the class from a national ballot of 78 players and seven coaches from the Football Bowl Subdivision and 99 players and 33 coaches from the divisional ranks.

“We are extremely proud to announce the 2021 College Football Hall of Fame Class,” said Archie Manning, NFF Chairman. “Each of these men has established himself among the absolute best to have ever played or coached the game, and we look forward to immortalizing their incredible accomplishments.”